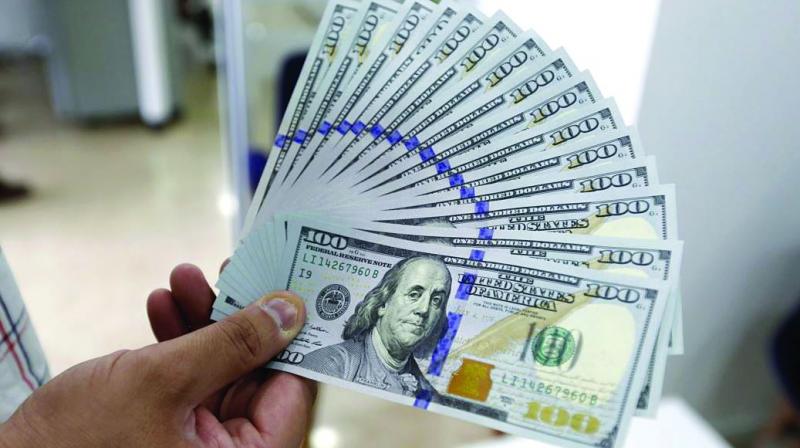 The British pound on Tuesday jumped to its highest level since mid-May against the dollar following a report that officials were close to a deal for Britain to exit the European Union.

Bloomberg News reported that negotiators hoped an agreement would be reached by midnight on Tuesday. But any discussion that the two sides are close to agreeing on the text of a draft deal is “premature,” two EU officials told Reuters.

“The reaction from the markets shows they want to get this deal over and they are ready to push the button at the slightest sign of a deal,” said Morten Lund, a senior FX strategist at Nordea.

The Brexit news reversed a dollar rally earlier in the day as fading optimism over the latest China-U.S. trade truce prompted traders to buy the greenback after a selloff last week.

The combination of some tepid U.S. data and hopes of a breakthrough in a protracted trade conflict between Washington and Beijing prompted funds to unwind some of their dollar long bets recently, putting the U.S. currency under selling pressure.

“After the recent flushout of dollar long bets, currency investors have reassessed the short-term outlook and have come to the view that there is not going to be much of a movement on the trade issue,” said Stephen Gallo, European Head of FX Strategy at BMO.

Reports of a “Phase 1” trade deal between the United States and China last week had initially cheered markets but the dearth of details around the agreement has since curbed this enthusiasm, with oil prices extending declines and Chinese stocks weaker.

Fading hopes over a trade deal also pulled the Chinese currency lower. China’s yuan CNH= slipped in offshore markets, a day after reaching a one-month high. The offshore yuan traded at 7.083 against the dollar, off Monday’s high of 7.051.