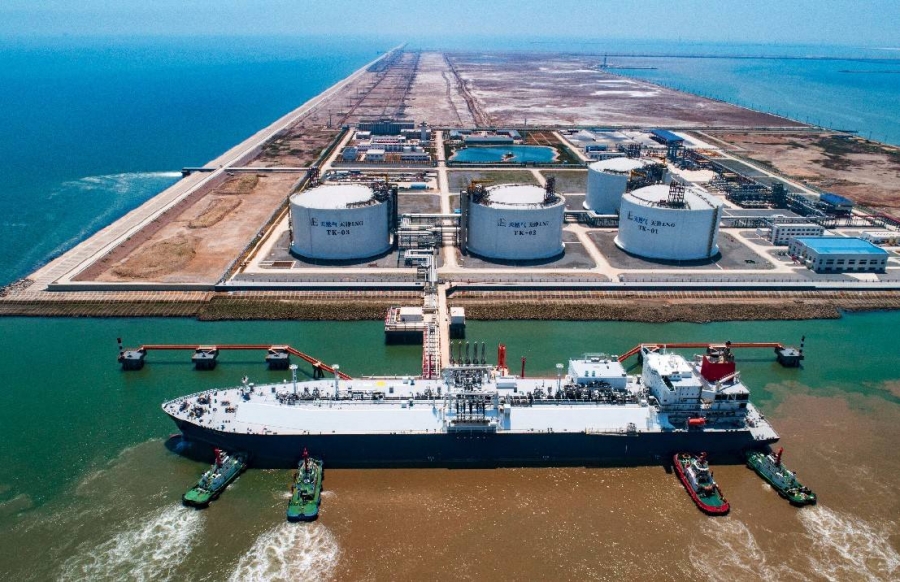 China’s Yantai LNG Group is aiming to start up a liquefied natural gas (LNG) import terminal by 2022 and expects government approval for it over the next few weeks, two sources familiar with the matter and a director with one of the partners said.

Shandong province, where Yantai port is located, is an industrial and petrochemical hub in eastern China. It has one quarter of China’s steel capacity and is a big coal-consuming region, although it has yet to house a gas-fired power plant.

Land reclamation for the project has started, one of the sources told Reuters.

Phase 1 of the import terminal will cost $1.1 billion and comprise an LNG-dedicated port area, a berth that can receive LNG tankers of up to 266,000 cubic meters in capacity, a 50,000 cubic-meter transshipment berth, and five 200,000 cubic-meter storage tanks, a second official said.

Phase 1, expected to start up in 2022, will receive 5 million tonnes of LNG a year and regasify 40 million cubic meters a day, he said.

Phase 2, to launch by 2025, will have two LNG berths receiving up to 266,000 cubic-meter carriers and five more 200,000 cubic-meter storage tanks, expanding Yantai LNG’s receiving capacity to a total 11.5 million tonnes per year.

Project holders in the terminal are in talks with several suppliers to import LNG through long-term contracts, Eric Wang, executive director at Poly-GCL Pan Asia International Energy Co, told Reuters on the sidelines of an industry conference.

The partners may also be looking at investing in some liquefaction projects to source gas for the terminal, Wang said, adding that his company has scheduled a visit to Houston later this month or in early November to meet with producers in the United States.

“We don’t care too much about (the U.S.-China) trade war. It will (likely) be solved in one or two years,” he said. A bigger concern was the long transportation distance between the countries, he said.