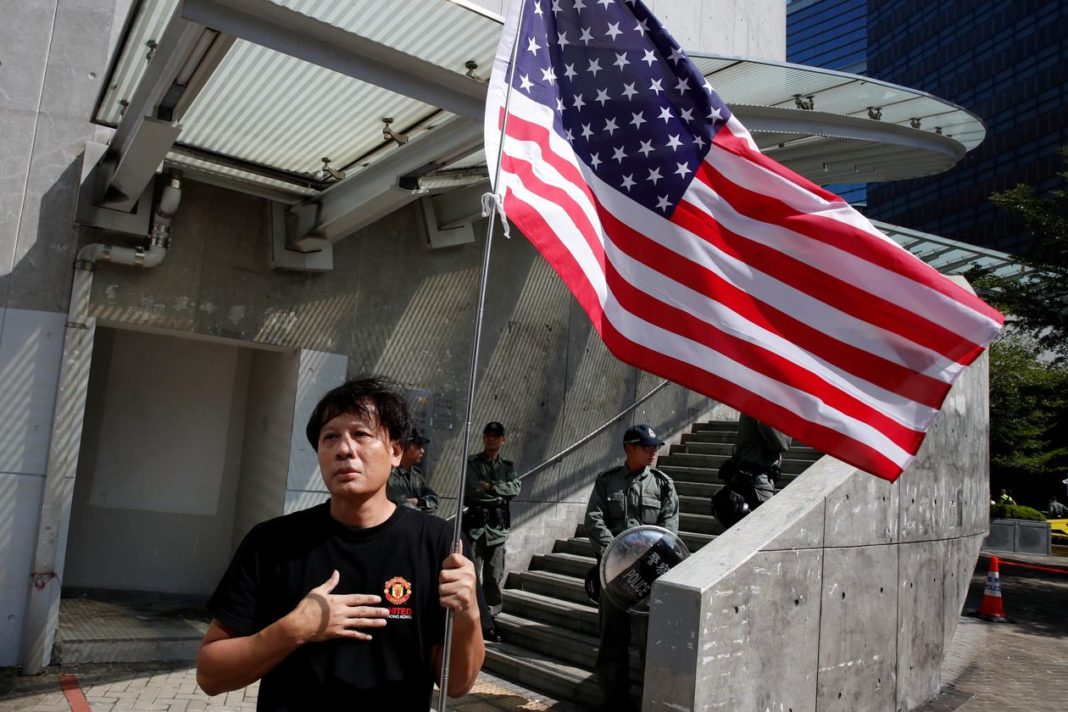 Chinese stocks slipped Wednesday on concerns that tensions with the U.S. over the Hong Kong protests would make striking a trade deal more complicated. The Shanghai Composite Index slid 0.4% after the U.S. House of Representatives passed a series of bills backing pro-democracy protesters in Hong Kong, drawing a strong rebuke from China. A Chinese Foreign Ministry spokesman warned the U.S. against meddling in Chinese affairs and said the bill would damage relations between the two nations. The development may complicate efforts to reach a trade agreement, analysts said. U.S. stock futures tied to the Dow Jones Industrial Average slipped 0.3%.

“We got sideswiped by those headlines from China,” said Stephen Innes, a market strategist for currency broker AxiTrader in Bangkok. “I’m not sure much is going to actually come from it, but it’s just another thing to deal with.”

Meanwhile, the pan-continental Stoxx Europe 600 index slipped about 0.3% as investors await a Brexit deal. Talks between the U.K. and European Union toward a draft plan for Britain to leave the bloc continued Wednesday, officials said, after negotiations late into the night failed to resolve key final issues.

The British pound, which had hit a four-month high against the U.S. dollar, fell 0.7%, while the FTSE 100 gauge for U.K. equities was mostly flat.

Later Wednesday, the focus will shift to a swath of earnings reports from some of the U.S.’s biggest bellwethers, including Bank of America and PNC Financial Services Group, before Wall Street opens. IBM and Netflix will also report their third-quarter earnings after markets close in the U.S.

Investors will also get fresh cues on the health of the U.S. economy when the Commerce Department releases data on retail sales, providing an indication of whether American household spending remains a bulwark against signs of a global slowdown.