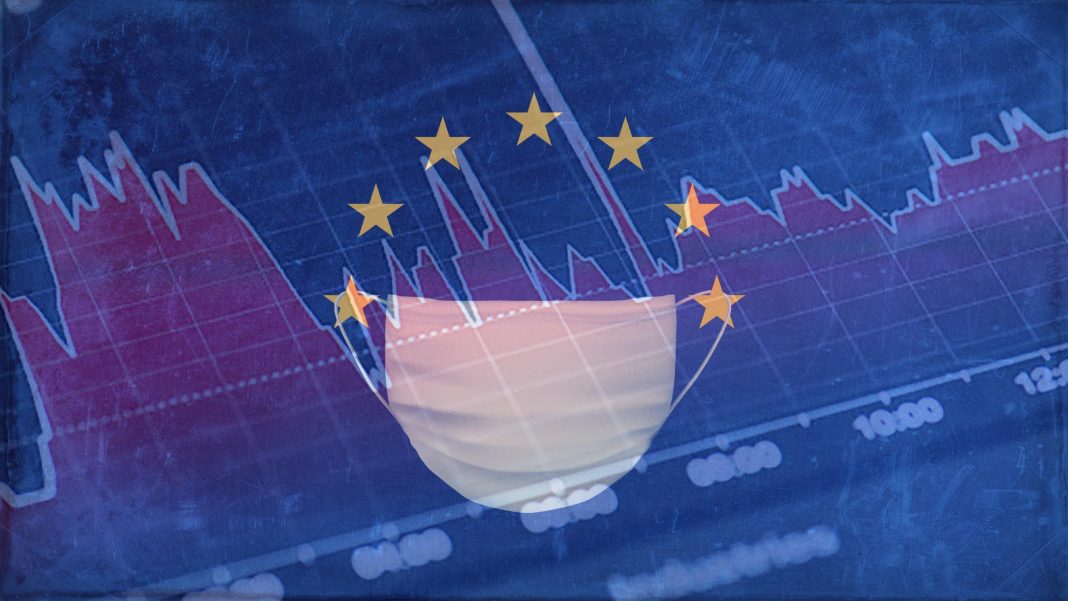 The banking index .SX7P slumped another 2.7%, bringing its total losses for the month to nearly 30%, as lenders complied with the European Central Bank’s call to freeze dividends in a bid to shore up credit.

“There’s a little bit of profit taking after the rally last week, but now people are also saying, ‘let’s see whether (the stimulus measures) will be successful and we’re going to see a sort of a manageable economic hit’,” said Jakob Christensen, chief analyst at Danske Bank.

The benchmark European index ended Friday with one of its best weekly percentage gains since the 2008-09 financial crisis, as a raft of global stimulus measures offered hope that the economic damage from the outbreak could be contained.

However, the index was still set for its worst first quarter on record, losing more than $3.3 trillion in value, as a rapid increase in the number of coronavirus cases forced governments to extend containment measures that have brought business activity to a grinding halt.

“If you’ve spent any time ocean fishing, you’re probably aware of the term ‘sucker hole’, a colloquial term referring to a short spate of good weather that ‘suckers’ fisherman into leaving port just in time for a storm to resume at full force,” said Stephen Innes, a trader at Axicorp.

“That’s what last week’s market felt like as now we are about to enter a vortex of bad earnings, bad economic data and bankruptcies.”

The speed with which the virus has spread across the globe has raised fears of a slate of corporate defaults, resulted in mass layoffs and brought whole sectors to the brink of collapse.

Travel and leisure stocks .SXTP, among the worst hit from the virtual halt in global travel, tumbled 2.3% on Monday as JP Morgan forecast a 42% slump in aftermarket sales in the European civil aerospace sector in 2020.

London-listed stocks .FTSE .FTMC led declines among the major country indexes as a senior medical officer said the lockdown in Britain could last for months.

Swiss engineering group ABB (ABBN.S) fell 5.2% after it issued a profit warning and said all of its businesses would suffer in the first quarter.