Home Economy U.S. stimulus package is biggest ever, but may not be big enough 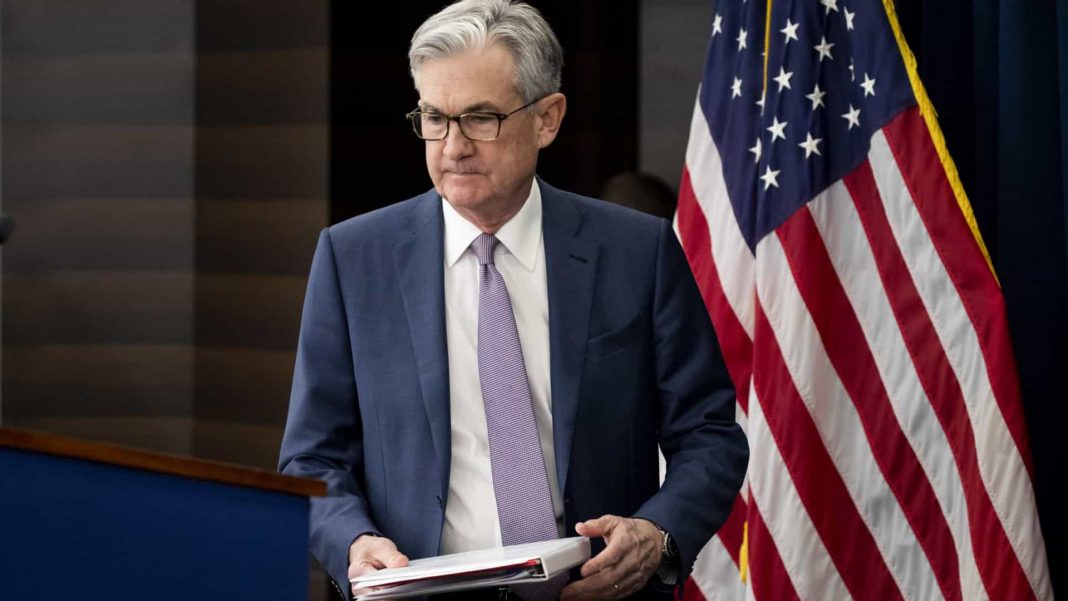 That is partly because America’s central bank is not allowed to take much credit risk itself, and loans to lower-rated borrowers have a higher chance of losses. The risk is exacerbated by efforts to stop the spread of coronavirus which have brought economic activity to a screeching halt.

To alleviate that constraint, the U.S. Treasury – whose job it is to manage the government’s finances and help the Fed keep the economy steady – has taken on some of the risk that Fed loans will not be paid back.

It has contributed about $50 billion from a pool of money called the Exchange Stabilization Fund. That money will be used to absorb losses from Fed loans that go bad. Assuming only a fraction of loans will default, the Treasury contribution has allowed the Fed to lend much more without taking on additional risk.

On Friday, the Treasury got about $450 billion more from Congress as part of a $2.2 trillion U.S. stimulus package, greatly increasing its ability to support the economy. Before the bill passed, the stabilization fund had about $93 billion in assets as of the end of February.

Treasury Secretary Steven Mnuchin told Fox News on Sunday he believed the additional funds could help the Fed and Treasury provide about $4 trillion in loans.

But investors and economists said even this additional money may be insufficient, and Congress will likely need to pony up trillions of dollars more before the Fed and Treasury can make a significant dent in the real economy. If it does not, many U.S. companies and local governments are at risk of defaulting on debt or even going under.

That is because of the sheer size of the world’s largest economy, the unprecedented scale of economic disruption caused by attempts to contain the virus and higher credit losses if the government has to step in to support weaker borrowers, according to these experts.

Scott Minerd, chief investment officer of Guggenheim Partners and member of an investor committee that advises the New York Federal Reserve on financial markets, told Reuters he believes the government needs to give the Treasury about $2 trillion to help prop up the economy.

Using expected losses from companies in the lowest tier of investment grade, Minerd estimates that the money approved last week might be only enough to absorb losses on loans of about $900 billion.

That is just a fraction of the roughly $9.5 trillion in outstanding U.S. corporate debt, much of which is either in the lowest-tier investment grade rating or already rated as junk, with a higher risk of default. Other areas that need support – such as the commercial paper market where borrowers go for short-term funding or the municipal market that local governments use to raise money for roads and schools – total trillions of dollars more.

“I think we’ll be back at the table with another program before this is over,” Minerd said in an interview.

With the $2 trillion that he recommends, he said, “you’re on your way to have something of a big enough scale to get things propped up.”

In a research note last week, Bank of America analysts said the aid package passed last week was the “bare minimum.” They estimated the government will need a total of $3 trillion in fiscal stimulus and more if the recession deepens.

The Fed declined to comment. The Treasury did not respond to a request for comment on Sunday.

The Fed has so far kept its pledge to lend to companies with investment-grade ratings, and to buy other high-quality assets such as Treasury securities.

The aim of the Fed’s support is to encourage banks and investors to lend to weaker, and therefore more risky, companies and local governments, where they can earn higher returns, giving them access to the funding they need to continue operating and paying staff.

In some of the Fed’s funding facilities, the Treasury put up $10 billion as loss-absorbing capital for every $100 billion of loans. Mnuchin’s comment that the Fed and Treasury can now lend $4 trillion suggests he expects the rate of losses on the new loans to be similar, less than 10%.

Investors said losses would likely increase, however, if the government has to reach deeper into the economy. And they are betting the Fed will have to do so – junk bonds rallied last week, for example.

“‘We’re only going to lend money to really good credits’ is a good model if you’re a bank,” said Charles Lemonides, founder of New York-based investment firm ValueWorks LLC. “But if you’re trying to rescue businesses that are otherwise failing, it’s not a very good strategy.”

Fed officials have signaled they are not ruling anything out in their efforts.

In its support for the commercial paper market, for example, the Fed allows for companies that are downgraded after March 17 to return at least once more to the trough for funding.

In its facility to make loans to investment-grade companies through a special purpose vehicle, the Fed said, “The scope of eligible issuers may be expanded in the future.”

But officials know that reaching lower down the credit-quality spectrum entails greater risk and might require a larger contribution from Treasury to account for it.

In time, as they see how the programs for higher-quality borrowers play out, they may grow more comfortable with casting a wider net and explore ways to get cash to shakier corporate borrowers while limiting their risk.

Mohamed El-Erian, chief economic adviser to the German insurer Allianz SE (ALVG.DE), said backstopping non-investment grade credit would be a much harder decision for the Fed, given the degree of corporate credit and default risks involved.

“I suspect that any move in that direction would need to come with a massive fiscal backstop to protect the integrity of the Fed’s balance sheets,” El-Erian said.

The Fed is justifying its move as help to companies that are caught in a situation not of their making, said Nellie Liang, former head of the Fed’s financial stability office and now at the Brookings Institution think-tank.

“It is a question of limiting losses,” Liang said in a webinar last week organized by Princeton University.

But the pressure on the Fed and Treasury to lend to riskier borrowers is only likely to increase if quarantines, stay-at-home orders and other economy-killing restrictions persist.

In the weeks ahead, the pool of high-grade borrowers currently allowed in the program will likely shrink.

The three major credit ratings agencies – Moody’s, S&P and Fitch – are certain to cut a number of companies now at the lowest tiers of investment grade into junk territory, as happened last week to Ford Motor Co (F.N).

“You can argue there is a need and the Fed has a lot more insurance backing from the U.S. Treasury” to delve into the riskier part of the bond market, Bostjancic said.

“However, it could entail significant losses and so risky for the Fed and they might stay away from it,” she said.

Economist Alan Blinder says the US is probably already in recession