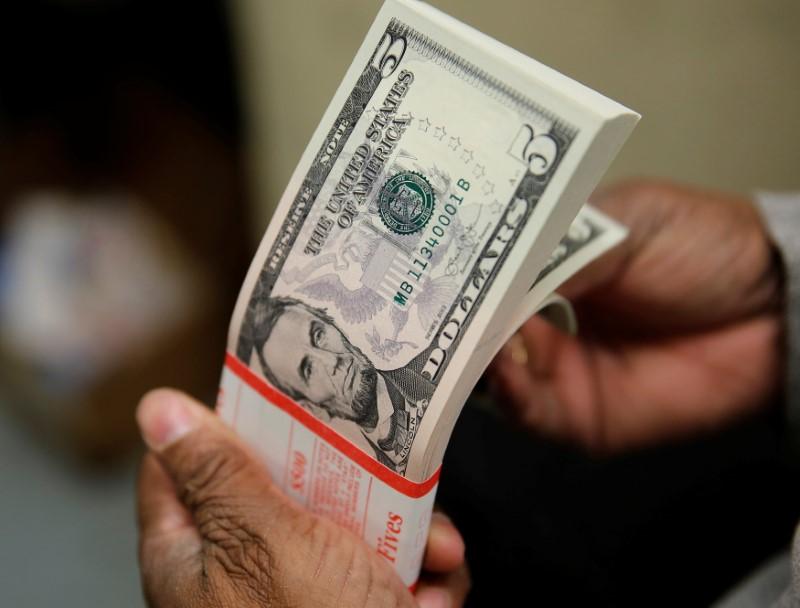 Sterling GBP=D3 teetered near its lowest point since at least 1985 against the greenback, while the Australian dollar AUD=D3 tumbled to a 17-year low and the New Zealand dollar NZD=D3 was at its weakest in 11 years as investors dumped riskier assets.

Even the euro EUR=EBS, which briefly gained after the European Central Bank announced a 750 billion euro ($817 billion) asset-purchase program in response to the coronavirus outbreak, turned lower in early London trading, heading towards a three-year low of $1.0778 hit last month.

“Central banks are stepping up their liquidity actions but it is not enough to make sure the dollar scarcity disappear and as a result the dollar continues to be the favored currency across the board,” said Manuel Oliveri, a currency strategist at Credit Agricole in London.

The ECB’s purchase scheme, announced after an emergency meeting late on Wednesday, came less than a week after policymakers launched fresh stimulus measures.

Against its rivals, the dollar =USD firmed to 101.81, its highest level since March 2017. It has gained more than 7% in the past nine trading sessions.

On an eight-day rolling basis, it is on its biggest rise since September 1992.

Investors are selling what they can to keep their money in dollars due to the unprecedented amount of uncertainty caused by the epidemic, which threatens to paralyze swathes of the global economy.

Kit Juckes, a strategist at Societe Generale in London, said that though there has been an improvement in the front end of the dollar liquidity curve, longer tenor funding in some corners of the market remained high.

In New Zealand for example, one-year FX swaps NZDCBS=ICAP remained at their highest levels in nearly two decades, according to Refinitiv data.

The broad rush for dollars has forced investors to unload Treasuries and other government bonds as well as gold in order to keep their money in cash dollars.

This has confounded many analysts because investors normally buy government debt and precious metals during times of uncertainty.

Elsewhere, the Swiss franc edged higher against the euro EURCHF=EBS after the policy decision, as investors had expected the ECB to keep rates on hold, though the franc remained within striking distance of a July 2015 high hit overnight at 1.0532 francs per euro.