Home Reviews Virus continues to set the tone for investors 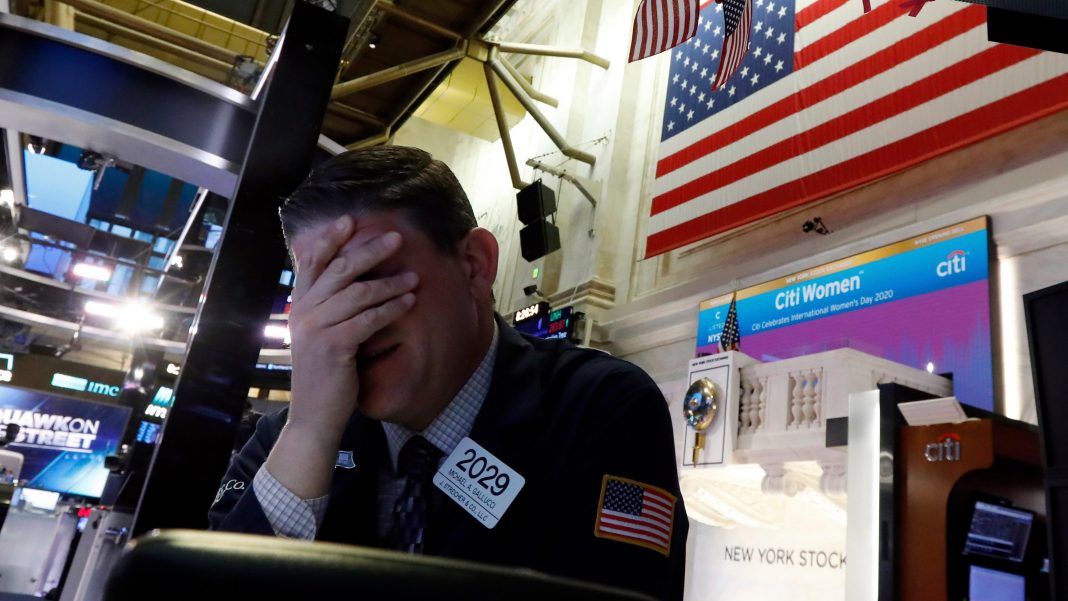 After fresh losses on Wall Street and in Asia amid the ongoing virus-related concerns, European stocks saw a positive start at the open. But the recovery was too timid and fragile, and investors resumed the sell-off soon. Earlier in the day, market participants were cheering the efforts by authorities in the United States and Europe to support the global economy and shield it from the virus outbreak.

The coronavirus theme continues to drive market sentiment, with risk aversion prevailing further as the cases continue to rise across the globe. According to the latest news, the EU chief Brexit negotiator Michel Barnier tested positive for the virus, which added to concerns in the regional markets. Also, this means that post-Brexit trade talks will likely be put on hold now.

Cable has barely reacted to these headlines, staying close to the multi-year lows and trying to settle above 1.15. The pair extends losses after a rejection from highs above 1.32 last week and may threaten the 1.14 figure should a retest of the 1.1450 area occurs any time soon. On the other hand, there is a chance that GBPUSD will form a double bottom there, which is considered a bullish pattern. Anyway, the downside risks will likely persist in the near term.

Elsewhere, China is reportedly going to cut its 202o economic growth target and increase fiscal spending to revive the domestic economy suffering from the coronavirus spread. Also, China decided to step up precautionary measures for Beijing and divert some international flights to other cities.

Of note, gold prices remain under pressure despite a widespread risk aversion as investors seem to prefer cash to other assets, including safe-havens. As such, the precious metal stays under the 100- and 200-DMAs, having settled closer to the lower limit of the extended range. Moreover, the bullion struggles to regain the $1,500 important mark, suggesting downside risks will likely persist for gold in the days to come.

In other markets, bitcoin continues its shy recovery attempts on Thursday, challenging the $5,600 area. Should the cryptocurrency confirm a break above this local resistance, the $6,000 handle will come into focus. On the downside, the immediate support arrives at $5,300, where the 50-SMA in the hourly timeframes lies.