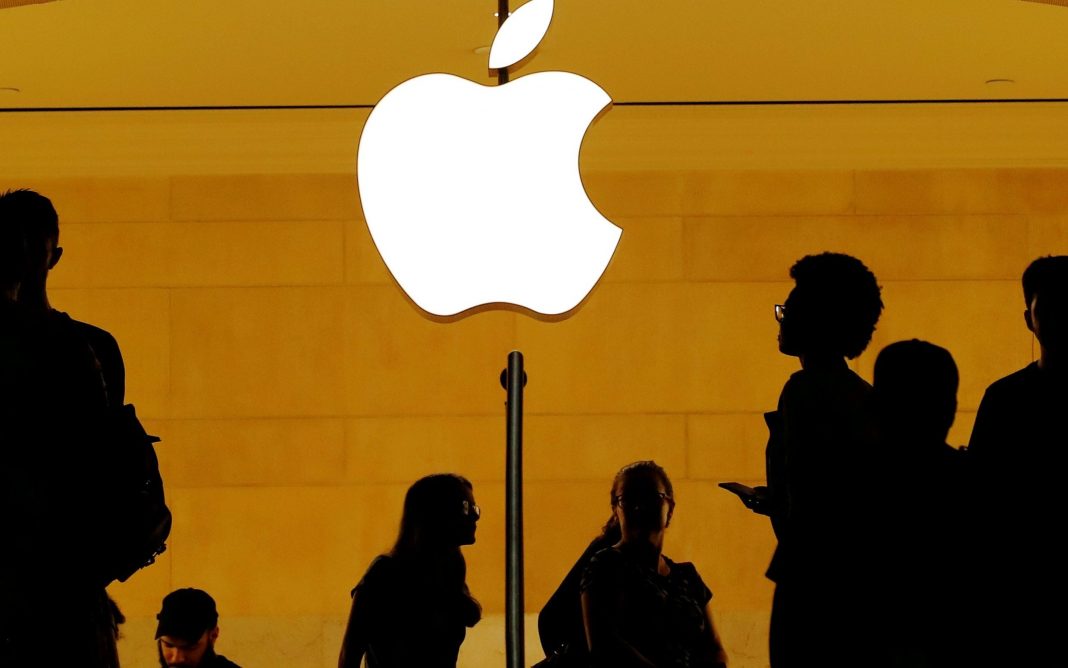 Apple’s stock fell almost 6% in Frankfurt and all Europe’s main markets fell [.EU] after the iPhone maker warned it was unlikely to meet the March quarter sales guidance it had set just three weeks ago.

HSBC announced a massive restructuring that involved shedding $100 billion of assets and slashing 35,000 jobs over three years. It also warned about the impact of the coronavirus on its Asia business. The stock fell more than 2% in Hong Kong trade.

“We have been pointing out that the market reaction in past weeks was excessively constructive and this could be a wake-up call to all investors that ignored so far potential negative impact,” analysts at UniCredit said.

The warning from Apple sobered investors who had hoped stimulus from China and other countries would protect the global economy from the effects of the epidemic.

Bonds were in demand, with the 10-year U.S. Treasuries yield falling 4 basis point to just above 1.5% US10YT=RR. Safe-haven gold XAU= rose to its highest in two weeks and oil prices fell nearly 2% after five days of gains. [O/R]

The euro was near a three-year low versus the dollar at $1.0830 EUR=, before Germany’s ZEW survey, which is expected to fuel growing pessimism about Europe’s largest economy. [/FRX]

Also hurting market sentiment were a reports that U.S. President Donald Trump’s administration was considering changing regulations to allow it to block shipments of chips to China’s Huawei [HWT.UL] from companies such as Taiwan’s Taiwan Semiconductor Manufacturing Co, the world’s largest contract chipmaker.

The number of new coronavirus cases in mainland China fell below 2,000 for the first time since January, but the virus remains far from contained. The death toll in China has climbed to 1,868, the National Health Commission said, and the World Health Organization said “every scenario is still on the table” in terms of the epidemic’s evolution.

As China’s authorities try to prevent the spread of the disease, the economy is paying a heavy price. Some cities remain locked down, streets are deserted, and travel bans and quarantine orders are preventing migrant workers from getting back to their jobs.

Many factories have yet to re-open, disrupting supply chains in China and beyond, as highlighted by Apple.

“Apple is saying its recovery could be delayed, which could mean the impact of the virus may go beyond the current quarter,” said Norihiro Fujito, chief investment strategist at Mitsubishi UFJ Morgan Stanley Securities.

“If Apple shares were traded cheaply, that might not matter much. But when they are trading at a record high, investors will be surely tempted to sell.”