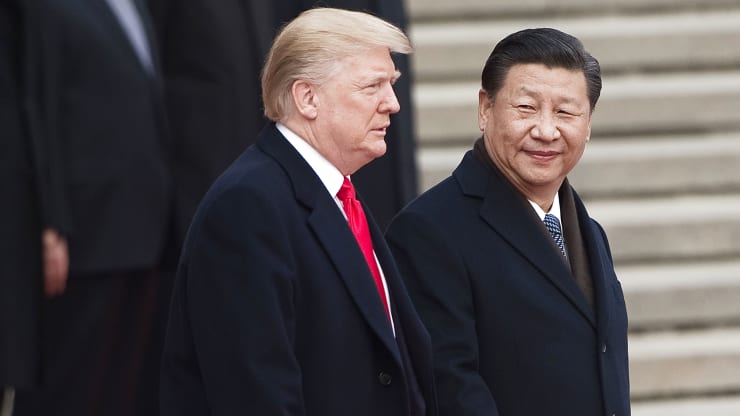 By sharply accelerating in recent months its trade adjustment with the U.S., China has finally done what it should have initiated more than two years ago.

Beijing is on the way to seriously dismantling Washington’s economic and political leverage over China’s economy. During 11 months of last year, China stepped up the rate of decline of its trade surplus with the U.S. to 16.2%.

Feverish sinologists would call that “decoupling” — a misnomer for China’s belated exit from a position of an excessive and unsustainable trade surplus with the U.S.

Those sinologists don’t seem to notice that China is getting out of that self-imposed structural trap by aggressively slashing its U.S. purchases at an annual rate of 12% between January and November of last year.

Instead of worrying about “decoupling,” advocates of friendly U.S.-China ties should remind Beijing that it should be doing exactly the opposite — by drastically stepping up imports of American goods and services. If the Chinese did that, they would not have to abandon their U.S. markets by cutting exports at an annual rate of 15.2%, as they did for nearly all of last year.

So, the question is: Who is in a hurry to “decouple?”

Looking at trade flows and China’s declining holdings of U.S. debt, the Chinese have apparently concluded that a rapid narrowing of U.S. exposure was a matter of their national interest.

That conclusion has come after years of pleading for a “win-win cooperation,” while Washington kept trying to contain China’s growing global economic and political influence. Instead of cooperation, the U.S. defined its relationship with China as a strategic competition with a country seeking to destroy the Western (i.e., American) world order.

Cooperation made sense for China because it meant an open access to U.S. markets and technology transfers. The U.S., however, finally began to see things differently as it woke up from its evanescing dream that an increasingly prosperous China would shake off its communist rule and join the U.S.-led Western community.

What followed was a radical U.S. policy change Beijing apparently did not expect. China’s huge, and growing, American trade surpluses became an imminent strategic danger that had to be fought by tariffs, sanctions and strict limits to Chinese investments in the U.S. economy.

That is the tense economic and political context of last week’s trade deal, where the U.S. sought to impose controls on China’s trade and financial policies, under permanent pressure from an intrusive enforcement mechanism.

Glad-handing and vacuous rhetoric aside, the truth is that both countries have now stepped into a new phase of strategic competition.

China has no illusions about that. Beijing, therefore, seems determined to rapidly shrink its trade imbalance with the U.S. in an anxious quest for alternatives to dollar-denominated trades and a dollar-dominated world financial system.

A tall order? Yes, but Beijing sees no other way of protecting its vital economic interests while remaining on a permanent collision course with the U.S. on so many war-and-peace issues: Taiwan, the Korean Peninsula and China’s contested maritime borders.

A tall order indeed, but China is making progress on that long march.

Last year, for example, China significantly diversified its trade flows. Its export business with Southeast Asia, Africa and nations along the Belt and Road corridors made it possible to obtain an export growth of 5%, in spite of double-digit declines in sales to the U.S.

And here is the upshot: China’s soaring exports last December show that those new trade patterns are providing stable and growing outlets for Chinese businesses.

Washington cannot stop that because its Asian and European friends and allies won’t sacrifice their economic and strategic interests in order to follow U.S. demands to cut their China trades.

As recently as last week, the EU announced that it would treat Huawei’s 5G technology “fairly,” dismissing as a “bluff” Washington’s threats to stop intelligence sharing with European allies. Germany went even further. Berlin put aside complaints from its companies about their shrinking market access in China, counting on political dialogue with Beijing and spurning trade war ideas.

What can Washington do?

It’s all very simple: Compete and vigorously defend America’s economic interests on the basis of free, fair and reciprocal trade and investment rules.