Bitcoin resumed the ascent on Friday after a brief pause and extended gains to fresh two-month highs just shy of the $9,000 psychological level. Yesterday, the cryptocurrency made some corrective attempts but buyers reemerged ahead of the $8,500 local support and sent the prices even higher. As such, it turned out that the drop was just a short-lived consolidation ahead of another leg higher, which confirms that the bullish sentiment in the market remains intact.

Now, the token has come to an important technical resistance, cemented by the 200-daily moving average. So, there is a possibility that the leading cryptocurrency by market capitalization may be rejected from the $9,000 psychological level and stage a short-term correction. in this scenario, the prices could retreat towards the mentioned $8,500 support area that will likely cap the potential downside pressure, as it seems that market participants are not intended to drive bitcoin significantly lower at this stage. It is possible that the bulls may opt to make another pause ahead of a fresh attack from more attractive levels.

If the upside momentum is sustainable, and the pair will hold close to the recent highs, we could see a push above the psychological level in the near term. Once this barrier is surpassed, it will mean that the full-scale rally has begun. By the way, this time, other tokens are also rising, suggesting a broad-based upbeat sentiment in the cryptocurrency market. Besides, many technical indicators in the market turned bullish, which may precede another leg higher. A decisive break above $9,000 could send bitcoin to the next important targets at $9,700, $10,000 and then at $11,500.

At the same time, it is worth noting that after reaching fresh highs marginally below the $9,000 level, BTCUSD has retreated a bit, which may signal the pair’s readiness to retreat in the near term. Anyway, the correction will hardly be aggressive, with bullish risks continue to prevail at the moment. 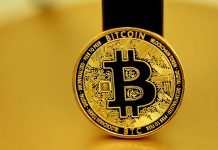 Bitcoin breaks $12,000 for the first time since August