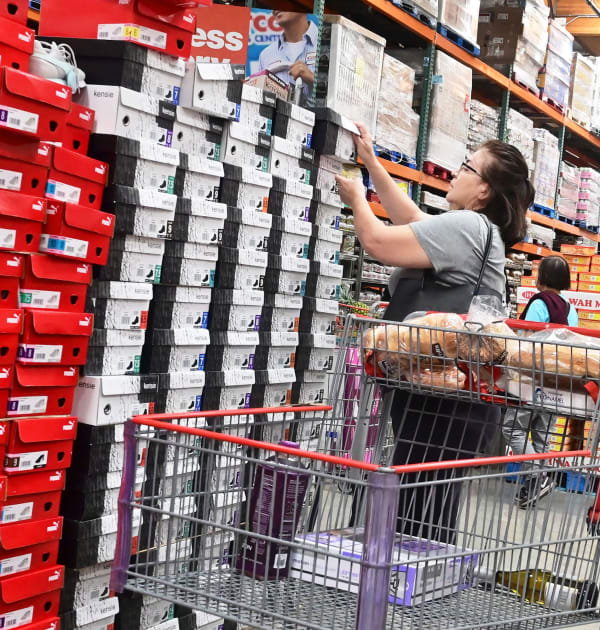 U.S. retail sales increased less than expected in November as Americans cut back on discretionary spending, which could see economists dialing back economic growth forecasts for the fourth quarter.

The Commerce Department said on Friday retail sales rose 0.2% last month. Data for October was revised up to show retail sales increasing 0.4% instead of gaining 0.3% as previously reported.

The so-called core retail sales correspond most closely with the consumer spending component of gross domestic product. Consumer spending, which accounts for more than two-thirds of U.S. economic activity, grew at a 2.9% annualized rate in the third quarter.

The economy expanded at a 2.1% pace in the July-September period. Last month’s small increase in core retail sales could see economists lower their GDP growth estimates for the fourth quarter, which are currently converging around a rate of 1.8%.

The report bucked a recent raft of fairly upbeat economic data on the labor market, housing, trade and manufacturing that had suggested the economy was growing at a moderate speed despite headwinds from trade tensions and slowing global growth.

The Federal Reserve on Wednesday kept interest rates steady and signaled that borrowing costs were likely to remain unchanged at least through next year amid expectations the economy would continue to grow modestly and the unemployment rate remains low.

The government reported last week that the economy created 266,000 jobs in November and the unemployment rate fell back to 3.5%, its lowest level in nearly half a century.

Sales at electronics and appliance stores were up 0.7%. Receipts at building material stores were unchanged and sales at clothing stores fell 0.6%. Spending at furniture stores edged up 0.1%.

Americans cut back on spending at restaurants and bars, with sales falling 0.3%. Spending at hobby, musical instrument and book stores dropped 0.5%.

Britain’s coronavirus vaccine approval could ‘set the pace for the rest...